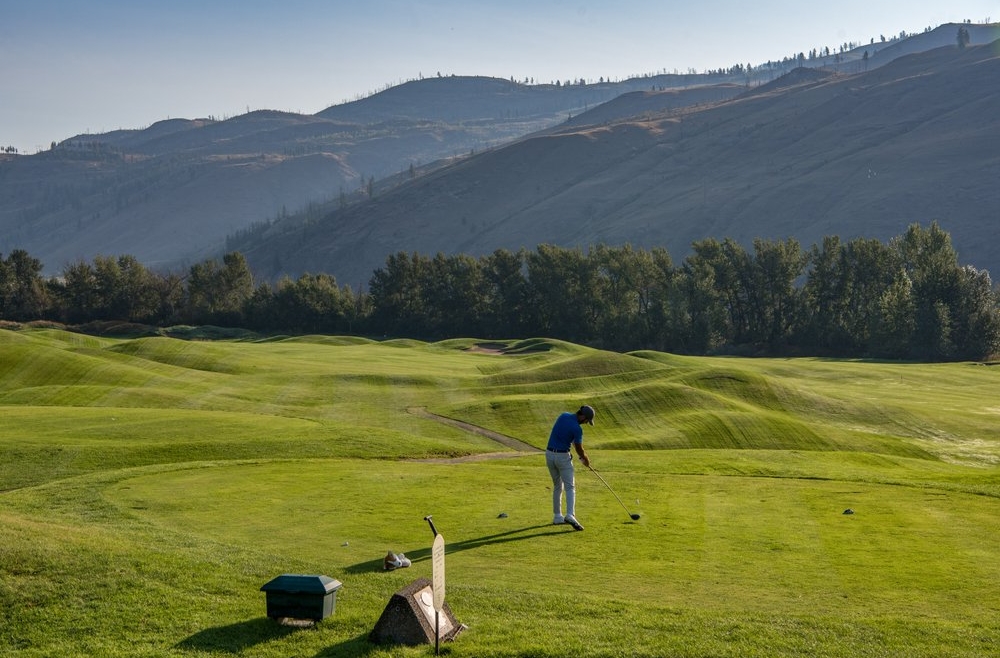 With the flurry of traffic and summer vacationers, we know how busy and rushed one can feel getting out of dodge on Friday afternoons for a weekend getaway. With our low-key vibes, relaxed atmosphere and acclaimed courses, Kamloops is the perfect destination to swing without the crowds and get the most out of a summer golf experience. Here’s a look at the 3 premier venues you will play during our Mid-Week Masters Package.

Kamloops Golf and Country Club (KGCC) will be the first stop of your Mid-Week Masters Package.

KGCC is a beautiful, tree-lined layout that tests your skill level several ways; primarily on the greens. Large, sloping bent grass putting surfaces are the true test here; however, those that have worked on their short game will reap the benefits at KGCC, as these greens roll true all year-round. 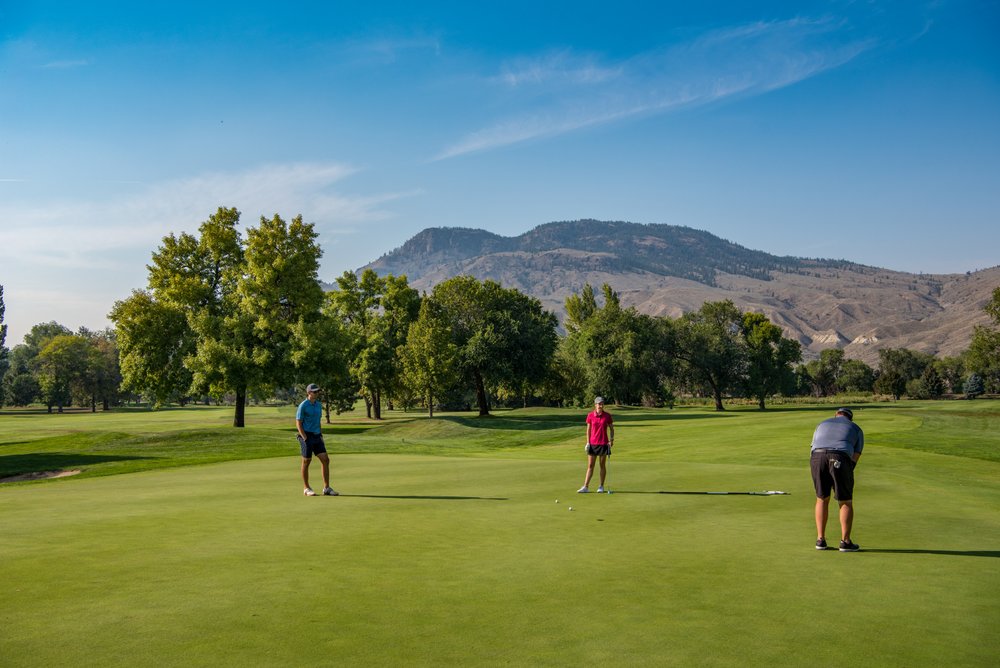 The grounds crew at KGCC work tirelessly to create a perfectly lush course that can be enjoyed throughout the long eight-month golf season in Kamloops, and a redesign in 2014 allows the back nine to open up and create a few more scoring options as golfers close out their round.

Due to its immaculate condition year in and year out, KGCC is able to host a bouquet of premier events, such as the annual Sunshine Amateur and the 2018 BC Junior Championship. From the first hole to the last, golfers are treated to a piece of heritage on Kamloops’ original golf course.

The Dunes at Kamloops 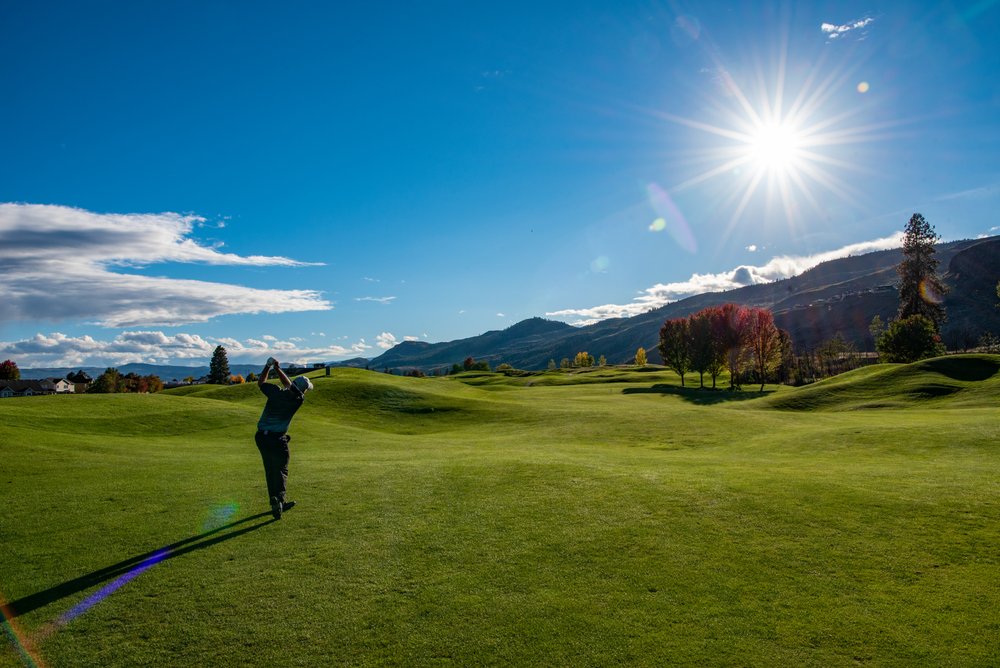 The Dunes at Kamloops will be the second stop of your Mid-Week Masters Package, where golfers will play 36 holes on day two.

Truly one of the most unique pieces of property in Kamloops, The Dunes is aptly named due to its gathering of hundreds of undulating sand dunes. Fairways are guided through the collection of rolling hills, presenting golfers with an interesting links-like feel throughout each hole.

While The Dunes allows players to be less accurate off the tee, the challenge awaits in the fairway. Sloped lies and uneven terrain are often accompanied by approach shots over water and green-side bunkers. Golfers looking to score well at The Dunes will need to be sharp from 100 yards and in. 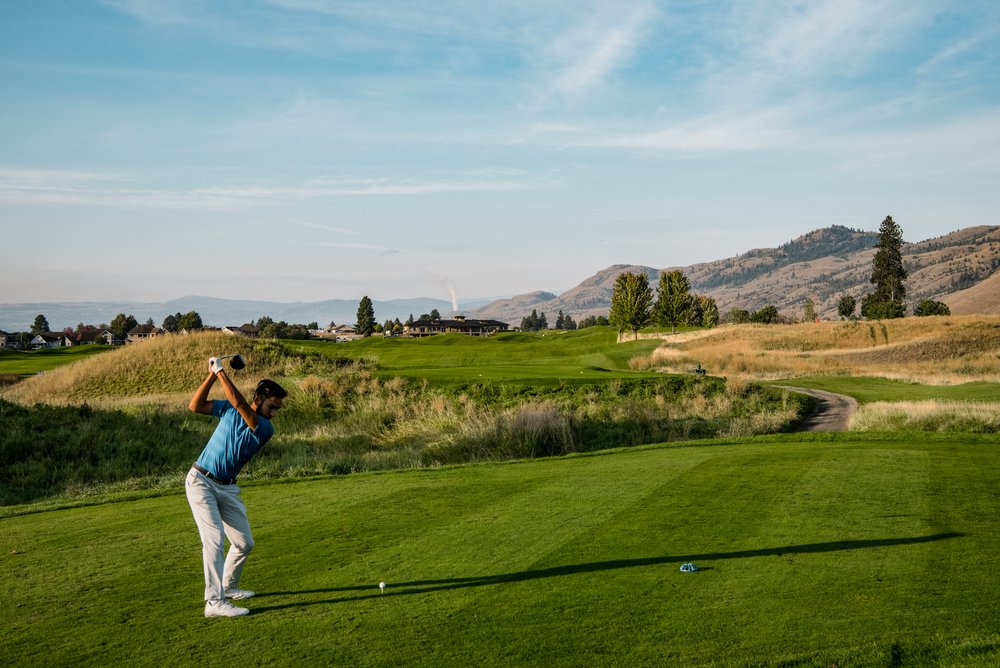 Most notably, The Dunes is referred to as “Kamloops True Nature Course”, as the wild fescue and unfiltered terrain provides home to many species of wildlife indigenous to the area. In addition, the signature par five 7th at The Dunes has been identified by Score Golf Magazine as a must-play golf hole in Canada.

The Dunes is another acclaimed Kamloops golf course that is capable of hosting premier events, such as the 2010 CCAA National Championship. The Mid-Week Masters Package includes 36 holes at The Dunes, giving players a second chance to better their first-round score at this hidden gem in Kamloops. 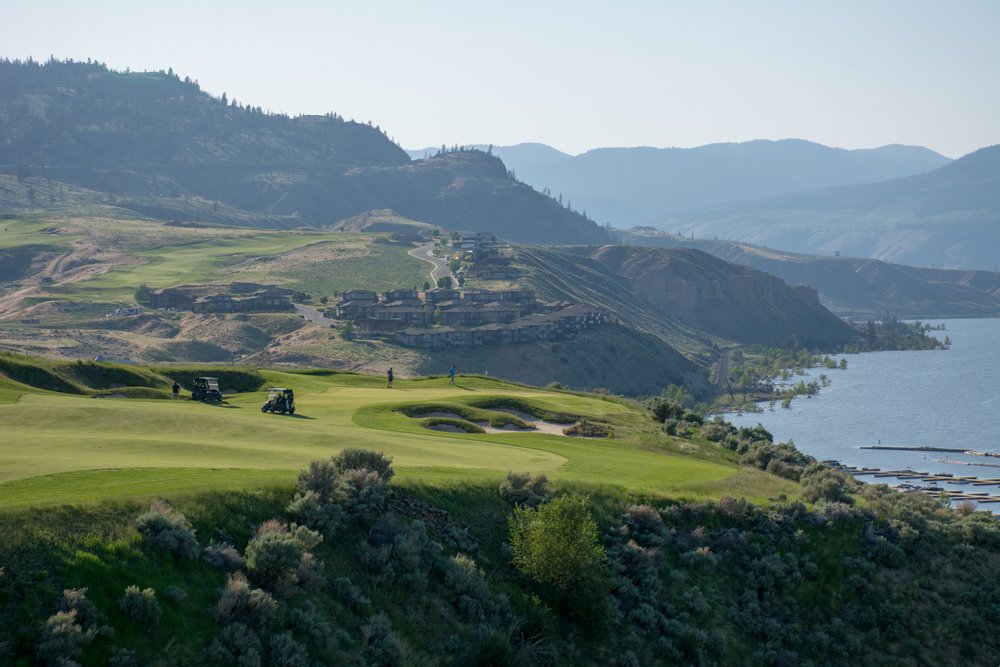 Your 3rd and final stop on the Mid-Week Masters Package.

Known as the crown jewel in Kamloops, Tobiano is a world-class golf facility that must be played by those passionate about golf. Created as an original lakeshore design, Tobiano stands tall against a waterfront backdrop with sweeping views of the Thompson valley from every hole.

When thinking of premier North American golf designs such as Pebble Beach and Chamber’s Bay, one should consider Tobiano as part of this select list, as it consistently ranks as a top golf course in Canada. Dramatic cliff side holes treat golfers in many ways, most notably in the meticulously kept greens and the spectacular course maintenance. 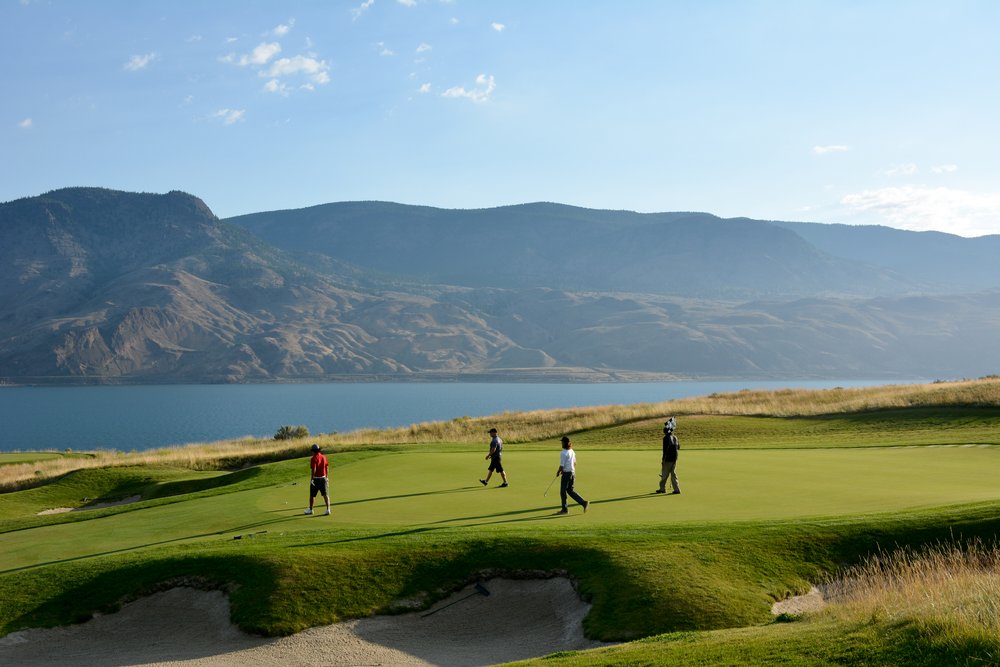 Golfers from across the globe come to play Tobiano, including many PGA Tour and European Tour pros seeking unique golf designs in the BC Interior. Towering vistas and panoramic views give the illusion that Tobiano is a coastal ocean-side course, while blending seamlessly with desert-like surroundings. You will be hard-pressed to find anything quite like this masterful layout at Tobiano.

Those who tee it up here will feel as if they are playing a major championship venue as they wind through the undulating fairways. In addition to the 18-hole championship layout, the acclaimed practice area is one of the best in the province. A great final stop on your summer golf getaway.

Want to plan for a mid-week trip and beat the weekend rush? Book our Mid-Week Masters Package and save big on a summer golf getaway!